In 2004/2005 I worked on my dissertation with the title Pantomime fuer Animatoren, or Mime for Animators. The work introduces and guides through 2 core basic education paths in modern mime, while addressing it to the art of character animation.

First, I introduced the reader to Vsevolod Meyerhold, who is known for his provocative experiments dealing with physical being and symbolism in an unconventional theatre setting. This made him one of the seminal forces in modern international theatre. Meyerhold tried to return acting to the traditions of Commedia dell\'arte, rethinking them for the contemporary theatrical reality. His theoretical concepts of the conditional theatre were elaborated in his book On Theatre in 1913.

The second path is Corporeal mime mainly developed by Etienne Decroux. Decroux has been called the father of modern mime, which is true to the extent that he is the father of his own style or corporeal mime (though he credited Jacques Copeau with paternity, claiming only to have raised the child). There were and are other styles of modern mime unrelated to his.

In addition to his contribution as a teacher, his influence on Barrault and Marceau created a tremendous impetus for mime in France, from where it spread. His work continues to stimulate and inspire mime artists. Decroux\'s work was necessary to give mime the artistic autonomy it has today, as is the case with other art forms such as music or dance. He did not develop his vision in an abstract way, but in an extremely concrete one, drawing daily inspiration from people, jobs, situations and sport. Corporeal mime is an aspect of physical theater whose objective is to place drama inside the moving human body, rather than to substitute gesture for speech as in pantomime.

In this medium, the mime must apply to physical movement those principles that are at the heart of drama: pause, hesitation, weight, resistance and surprise.

Corporeal mime accentuates the vital importance of the body and physical action on stage. Etienne Decroux’s dramatic corporeal mime is taking the body as a main means of expression and the actor as a starting point for creation with the aim of “making the invisible visible” (Etienne Decroux), of allowing the actor to show thought through movement.

Corporeal mimes seek to express abstract and universal ideas and emotions through codified movements of the entire body (but most especially the trunk—the face and hands are confined to a secondary role in this movement form). Source Wikipedia

In my dissertation I show the connection between the work of an animator and Decroux\'s Esprit géomètrique.

Etienne Decroux created a specific movement-plasticity and spatial integration by unfolding the body into the spatial dimension by dividing the space into vertical, horizontal and diagonal ( jugèes idèales).

The anatomically induced movement must be inserted into the structure specified here. The interfaces between the spatial orientation and the body orientation are the pivot points, which can be arbitrarily determined as axes of motion. The zero line can be at the elbow, wrist or fingertip. This body part is fixed point (point fixe) and is then maintained throughout the entire movement process, so that the body as a whole is subject to this definition. The grammar of the Mime are specific terms in a system of geometrical fit of the body, and should place the gymnastic and articulation of the movement according to the mime corporel.

When a hand is supported on an imaginary wall, the body will shape its radius of motion within the framework of the anatomical possibilities of the fixed point (hand).

By Contrepoids, which is called counterweight, pressure or tension can be shown. All the illusionistic style pantomimes, such as climb stairs, walking on the spot, pulling rope, etc. are based on a combination of point fixes and contrepoids. The fulfillment of the aesthetic presupposition of the pure line can only take place when the body is inserted into the geometrical structure.

Étroits couloirs, the geometric structure is the framework of the fixed axes of space and imaginary surfaces, the corridors and the directions of power. Inclination, translation and rotation Any person, who works with 3D software already know translation, rotation and inclination through the basic manipulators. The goal is getting Animators off the chair and actually doing exercises to develop their own body consciousness.

Exercise, which is also called geometrical mime, allows us to build the mime technique completely. In addition to Etienne Decroux\'s basic principles, some exercises have been added. The exercises should be carried out as plain as explained.

As soon as the approaching Mime has mastered the basic exercises, he/she is encouraged to combine as much as possible and to seek variations. These exercises can be rehearsed in a simple manner with a metronome or with the aid of a drum set, first from stage to stage, after a certain number of counts, then smoothly in the course of the counts in repetition (for example, eight counts).

In my dissertation, I explain basic exercises and its extensions in detail, step by step. To make it easier to understand, I created the character Mime Corporel. Some years later, I redesigned the character entirely to make it suitable to work with motion capture. Following clip will show this character in action.

A dance performance recorded via motion capture, while the character was connected for real-time projection: Human-sized cutout as part of an exhibition in 2006 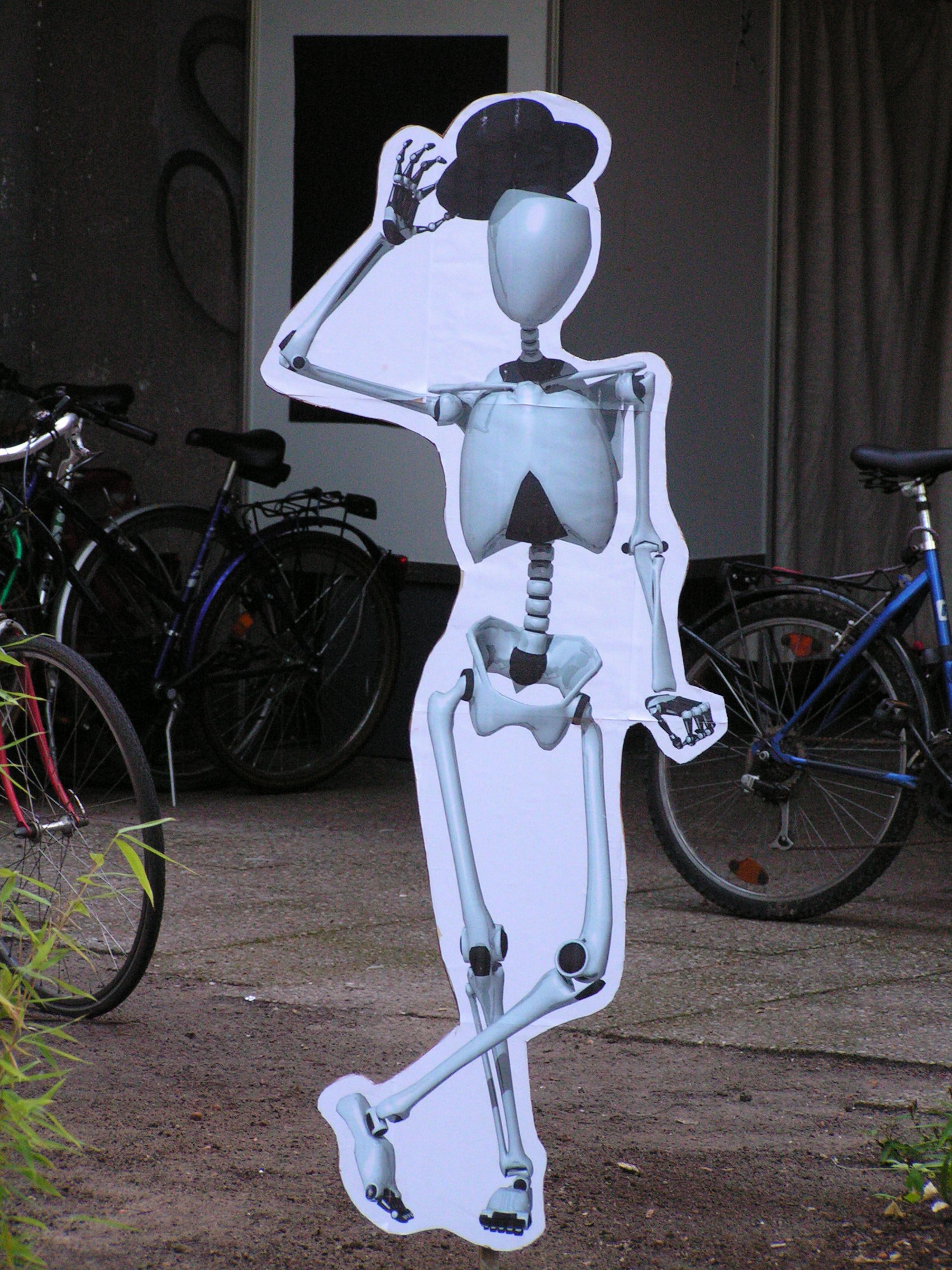