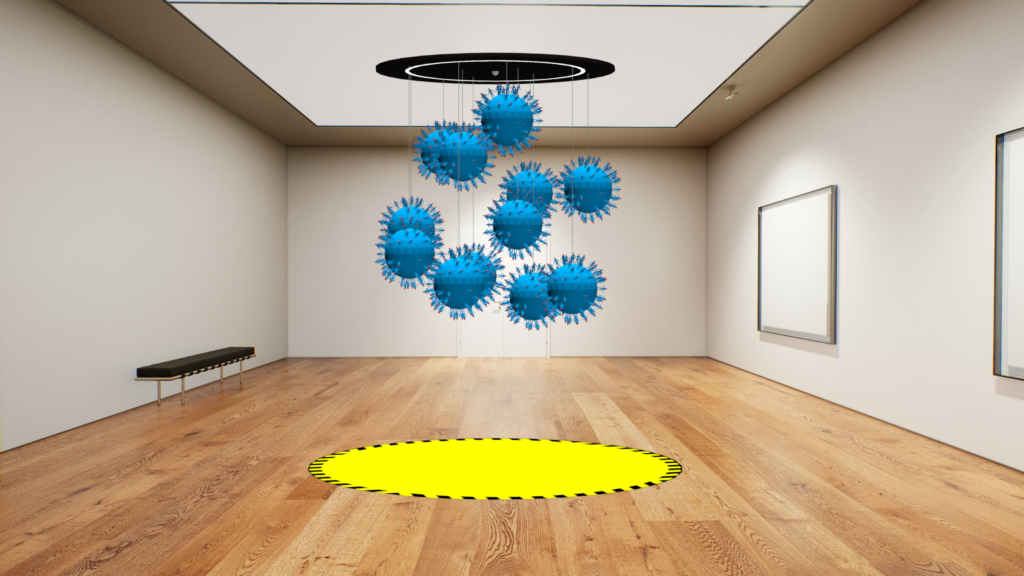 In times of the CoVid-19 epidemic, politicians often speak of the war against the virus. The measures to protect the People have a great influence on the social life of the population. During all of these measures the population largely adhere to, wars between people are fueled by the military industry and legitimized by politics.

WarVid-21 - (or War Virus Disease) is an audio installation with virus models, similar to the CoVid 19 virus images in the media. The tips of the respective viruses are toy soldiers. While the main body is blue, the tips (the heads of the soldiers) are red. WarVid-21 is designed in such a way that an audio file is played as soon as the visitor reaches the "social distance" to the Virus does not comply. The audio file consists of an audio collage of machine gun and pistol shots, bomb explosions, Tank noises, screams and the whistling of fallen bombs.

The exhibit consists of an approx. 2 meter round wooden disc on which the virus balls, including the glued-on soldiers, are attached with fishing line. Loudspeakers and an LED ring are installed in the plate. On top of the plate, is a Micro control chip (Arduino) attached, which is connected to a motion detector, the LED ring and an SD card module.

The "social distance" is marked as a ring on the floor. If this zone is exceeded, the LEDs will flash and the audio collage will be activated. 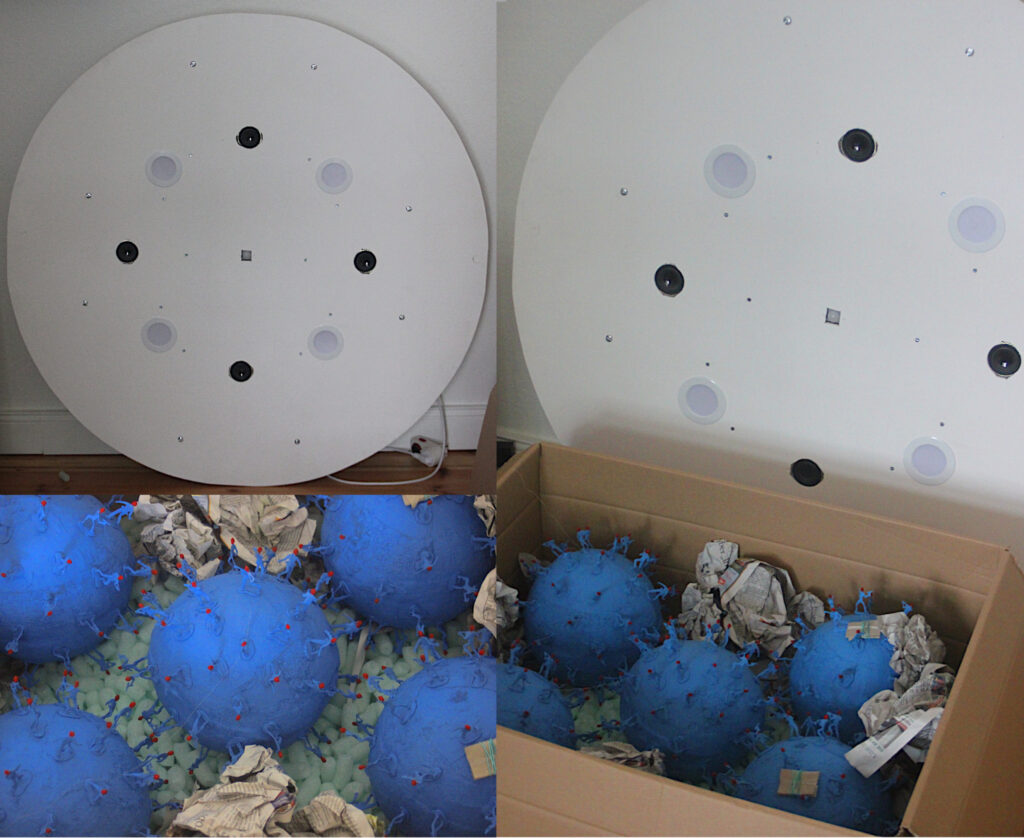 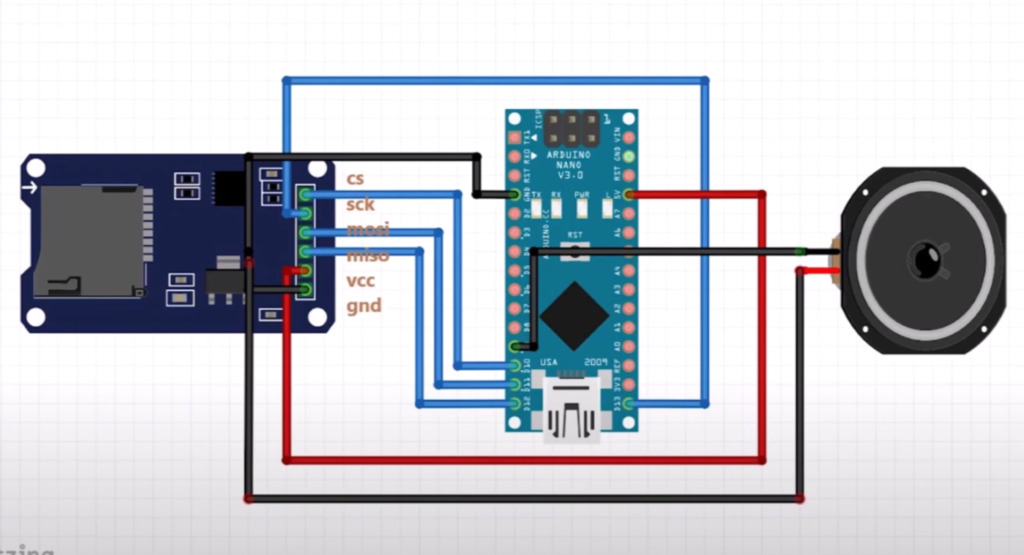 To use an Arduino as sound player, you will need to convert audio files as follows: